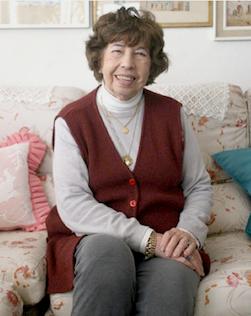 Pepita Escandell (Eivissa, 1920 - 2014) was a school teacher, a singing and piano teacher and playwright.

She studied music in Eivissa and Barcelona (at the Liceu Higher Conservatory of Music) where she graduated as a piano teacher in 1953. On her return to Eivissa she continued her musical career in the Pereira and Serra theatres and worked as a singing teacher. In the 1950s and 1960s she was a member of the Santa Cecília Choir, directed by Bartomeu Guasch “Fornàs” and, after 1958, was an actress in the Societat Ebusus theatre group directed by Alexandre Villangómez. She studied Education and, in 1956, graduated from the Alacant Teacher Training College, whereafter she worked as a teacher in Berguedà and Eivissa until she retired in 1985. A leading figure in the domain of traditionalist theatre, she wrote numerous comedies inspired by the lifestyle and ways of speaking in Eivissa, these including Moros a la costa, Pagesos i senyores, Ses frasquites, S'oli de ratolí, Es bons costums, Una de gatera! and Contrabando i novena. Some of these titles were published in 1998 by Mediterrània-Eivissa and the Department of Culture of Eivissa and Formentera. Other works appeared in the magazine Es Vedrà i es Vedranell (1983-1987) while, in 2007, Teatre de sempre appeared, this including a number of previously unpublished works.

In 2009 she was awarded the Illes Pitiüses Prize for her career and, in 2014, she was posthumously awarded the City of Eivissa Gold Medal.