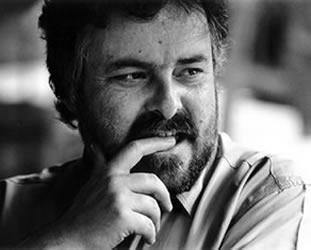 Jaume Fuster (Barcelona, 1945 - L'Hospitalet de Llobregat, 1998) was a true writer, with the aim of being thus and of creating a readership so that the Catalan language could reach the widest possible public. The biography of this writer, then, may not be confined to a single genre, for he dealt with a wide range of subject matter -- detective novels, fiction, mythologies, political journalism, commentaries on mass media impact . . . Besides his literary production there is also his notable work as a translator (where he received the Serra d'Or Critics' prize in 1989 for his translation Bella del senyor of Albert Cohen's work Belle du Seigneur) and as a commentator in the mainstream Catalan media, as well as his contribution in the audio-visual domain as a cinema and television scriptwriter.

Born in the aftermath of the civil war, Jaume Fuster was a member of the so-called "seventies literary generation", one which was always distinguished for its break-away activism, both in the sense of literary practice and in seeking new ways of making a mark on culture and society, a group which would have as its vehicle of public expression the "Trencavel" (Rend-the-veil) collective of which he formed part. Thus, Fuster's relevant and singular role as a cultural activist must be situated on the same plane as his literary biography. The peak of his former activity was the creation, in 1977, of the Associació d'Escriptors en Llengua Catalana (Association of Catalan Language Writers), of which he was the first secretary and later president, from 1995 until his untimely death in 1998.