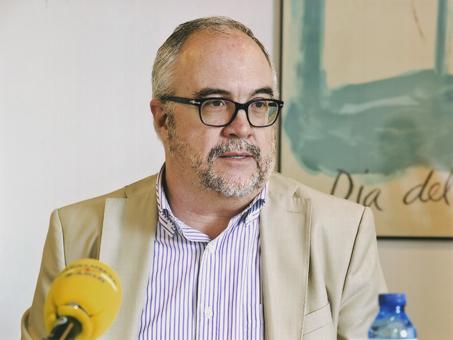 Guillem-Jordi Graells is a man of theatre in almost all its aspects (author, translator, adaptor, playwright, director, producer, administrator, historian, promoter), but he is also a literary critic and historian, and is a cultural manager, or participates in this field, in public and private entities and in both professional and voluntary capacities.

In his work of writing for theatre, he has produced texts that he has decided to write himself, along with a long list of commissioned works that range from original writing through to reworking early and modern texts in Catalan and other languages. This means that his work, apart from being eclectic, constitutes a set of very diverse experiences and that, after more than a quarter of a century of engagement, it is characterised more by the needs of some sectors of show-business than by personal creative urges, which have so far remained in the background.

He has been curator of multiple projects such as the Obra completa (Complete Works, 6 vol.) by Maria Aurèlia Capmany and the Teatre complet (Complete Theatre Plays, 7 vol.) by Joan Puig i Ferreter.