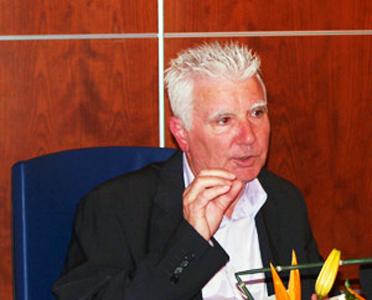 Joan Guasp (Consell, 1943) is a playwright. Since an early age he has been writing both journalistic pieces and literature, working in different genres, namely novels, children's books, short stories, poetry and plays, the latter, however, constituting the most notable part of his work.

He is also an assiduous writer of aphorisms and published his first book in this genre in 2000: Aforismes. Fogueró de Guaspires (Aphorisms. Fire of GuaSparks). He regularly contributes articles to the written press of Mallorca and elsewhere in the Catalan-speaking territories. From 2010 he is director of the review El Mirall, which is linked to the Obra Cultural Balear, an organization which he has always been part of.

In 2009 he was awarded the Lluís Carulla d'Actuació Cívica Prize, for his trajectory in favour of Catalan language within theatre and aphorisms; and in 2013 the international prize LiberPress in the literature category.