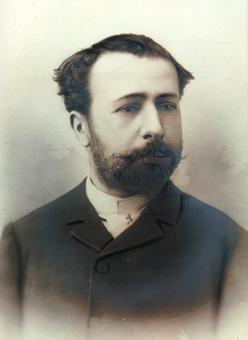 His literary production was deeply connected to his believes and his personal career. As a young man, he fought against the Spanish Liberals in the "Carlista" army, and he wrote Records de la darrera carlinada (1898) based on this experience. Later, he published Sang nova (1900), and his major novel La punyalada (1904), considered one of the greatests novels of Catalan realism. He also wrote a great number of articles and short narratives, basically related to his homeland "La Garrotxa" (in the Pyrenees), and with the land owner's style of living and Catalan nationalism as the main topics.

Despite he painted a few landscapes, his pictoric produccion displays more interest in human body, with customary, historical and religious scenes. Both himself and his brother Joaquim Vayreda, have been considered by the critics as founders of the pictoric school of Olot.