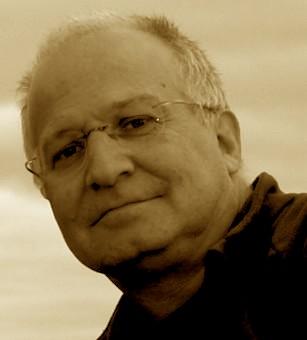 Ricard Ripoll Villanueva (Sueca, 1959). A writer and teacher, he studied Modern Letters at the New Sorbonne University, Paris 3, from which he also has a master’s degree in Comparative Literature, after which he obtained a PhD in French Philology from the Autonomous University of Barcelona (UAB). He is a tenured lecturer in French Literature at the UAB and director of the Subversive Writing Research Group (GRES) in the Department of French and Romance Philology, of which he is also director. He is in charge of scientific publications on experimental writing and has published, in French, the studies L’écriture fragmentaire: théories et pratiques (2005) and Stratégies de l’illisible (2006). Moreover, he has co-authored, with Alain Milton, the title Artaud: autour de Suppôts et Suppliciations (2013).

At the start of his literary career, Ricard Ripoll set out in the domain of poetry. In 1986, he received the Divendres Cultural Prize for his poetry collection Engrunes d’estels irats (1986) and, in 1987, he was awarded the Alzina Prize for De l’abrupte fins al cos (1987). In 2000 he won the City of Olot Joan Teixidor Award for Poetry and Poetic Prose with Els encontres fortuïts (2001) and, with La memòria dels mots (2003), he received the 2002 Festival of Elx Prize for Poetry while, in 2007 his collection Les flors àrtiques was awarded the Miquel de Palol Prize and, in 2011, he won the Parc Taulí Prize for Poetry for Aquelles gavines sobre l’aigua que respira (2011). His poetic work also includes the titles Les naixences latents (2012), La causa dels exilis (2015), and El món s’acaba demà (2020). He is also author of the novel L’espai dels impossibles (2005) and the book of aphorisms Antibiòtic. Aforismes per a un temps de crisi (2013).

Ricard Ripoll has translated, from French to Catalan, works by authors including Robert Desnos, Bernard Sesboüé, Georges Bataille, Lautréamont, and Larry Tremblay. In 2006, he received the Cavall Verd-Rafael Jaume Prize for Translation with his version of Lautréamont’s Complete Works (Obra complete, 2005).