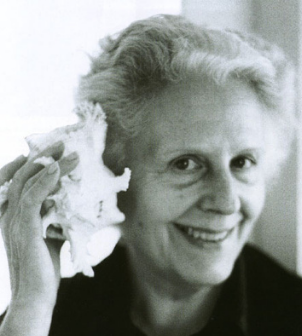 2. English [Excerpt In Diamond Square AKA The time of the doves]

I was getting tireder and tireder by the day. When I came home to the flat, I often found the children asleep. I'd spread out a blanket on the dining-room floor, with two cushions, and I'd find them fast asleep, sometimes curled up very close together, Antoni's arm around Rita. Until one day I didn't find them sleeping any more and Rita, such a little thing she was, went hi-i-i-i … hi-i-i-i-i … hi-i-i-i-i-i, and they looked at one another and he put his finger over his lips and said, be quiet. And Rita came out with this sort of laugh again, hi-i-i-i-i … hi-i-i-i-i … hi … a very strange-sounding laugh. And I wanted to know what was going on. One day I hurried more, didn't stop anywhere and arrived home a little earlier than usual, and I opened the door as if I was coming in to steal things, holding my breath as I turned the key in the lock. The back balcony was full of doves and there were some in the passageway too but the children weren't anywhere to be seen. Three doves, when they found me there, went off to the balcony that overlooked the street, where the doors were wide open, and escaped, leaving behind a few feathers and the darkness inside. Four more scurried off quickly, quickly, to the back balcony, with a few little hops and opening their wings and, when they got to the balcony, they turned round to look at me, and I frightened them away by flapping my arm at them, and off they flew. I started to look for the children, even under the beds, and I found them in the dark room where we used to lock Antoni when he was very small so we could get some sleep. Rita was sitting on the ground with a dove in her lap and Antoni had three just in front of him, and was giving them beans to eat from his hand. When I asked, what are you doing? the doves took fright and flew up, crashing into the walls. And my son put his hands over his head and started to cry. What a job I had getting those doves out of there … What a great comedy it was! It seems that for some time, when I was out in the mornings, the doves had been taking over the flat. They came in through the back balcony, went down the passage and out through the front balcony on their way back to the dovecote. That was how my children had learned to be quiet so as not to frighten away the doves, and to have their company. Quimet thought it was really beautiful and said that the dovecote was the heart, and the blood comes out of there, travels through the body and then goes back to the heart, and that the doves came out of the dovecote, travelled through the flat, which was the body, and went back to the dovecote, which was the heart. And he said we should think about getting more doves because God looked after them and they didn’t make work. When the doves up on the terrace took flight, they went up like a wave of lightning flashes and wings and, before going to roost, they pecked at the balustrades and ate the plaster, and in lots of sections of the balustrades you could see big patches of bare brick. Antoni would walk through a mass of doves, with Rita behind him, and they didn't even move, just opened up the way and some even followed them. Quimet said that now the doves were used to the flat, he was going to put nesting boxes in the little room. And if the children sat down on the terrace they were soon surrounded by doves, which didn’t mind being touched. Quimet told Mateu that he wanted to put nesting boxes in the small room, which was right under the covered space on the terrace. He only had to make a hole in the ceiling, a trapdoor, he said, and put in a ladder with rungs leading from floor to ceiling and the doves would have a short cut for coming and going between the flat and the dovecote. Mateu said that maybe the owner wouldn’t like that, and Quimet said that the owner would never know, and if our doves were clean no one could complain, and what he wanted to do was to go ahead raising doves and eventually to have a dove farm, and the children and I would look after them. I told him that was madness, and he said that women always wanted to take the upper hand, and he knew what he was doing and why he was doing it, and that was that. Mateu, who was so blessedly patient, opened up the trapdoor and Quimet wanted to make the ladder but Mateu said he would bring one that was already made, a bit old, and he'd only have to saw off a rung or too because he thought it might be a little too long.

And he put the nesting boxes downstairs and locked in the nesting pairs at first so they'd get the hang of going out directly by the ladder instead of right through the flat. The doves lived in darkness because he also closed them in with the trapdoor, which was made of strips of wood and could be raised from the top by pulling on an iron ring and, from the inside, from the top of the ladder, we had to push it up with our head and shoulders. I couldn’t kill as much as a single young one because the children’s crying and screaming brought the house down. When I went in to clean the little room, I turned on the light and the doves were blinded and frozen to the spot. Cintet, his mouth more twisted than ever, was really angry.

"These doves are prisoners!"

And the doves locked in the dark laid eggs, sat on them and hatched their young, and when the little ones had their feathers, Quimet raised the trapdoor and, through a small grille he had made in the door of their room, we could see how the doves went up the ladder, flapping their wings, only touching one or two rungs. Quimet was so happy … He said we could have up to eighty doves and, with the young ones that would make up the eighty sold at a good price, we could think about closing the shop, and maybe we could buy a plot of land soon and Mateu would build the house there out of the materials he could scrounge. When he came home from work, he ate his dinner without even knowing what it was and, as soon as he finished, he made me clear the table and, under the light with strawberry-coloured fringe, he started to do his sums on an old paper cornet to save paper; so many pairs, so many young, so many times, so much lucerne … good business.