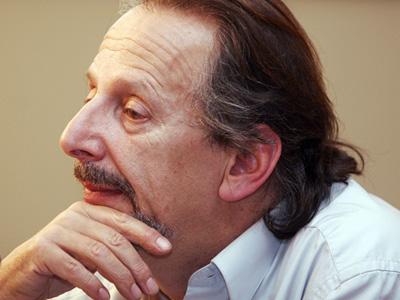 With a degree in Catalan Philology, he began his literary career in the domain of poetry with the publication in 1973 of La fi del fil (End of the Thread), winner of the 1972 Carles Riba Prize for Poetry. In 1979 he wrote Frágil (Fragile), which was reissued years later in 2003 with a poetic-style prologue. He is the author of numerous stage versions of works that include Mar i Cel (Sea and Sky, 1988) by Àngel Guimerà, Edmond Rostand's Cyrano de Bergerac (1987), and George Bernard Shaw's Pygmalion (1997). In 2007 he published his only novel, Cartes d'uns coneguts a una desconeguda (Letters from Some Acquaintances to an Unknown Woman).

As a journalist he writes opinion pieces and works with different branches of the media, for example the newspapers Avui and La Vanguardia as well as Catalunya Ràdio. In recent years he has become better known as a polemicist with the publication of essays such as El descrèdit de la literatura (The Disrepute of Literature, 1999) and the two works co-authored with Julià de Jòdar and Miquel de Palol Fot-li que som catalans (We're Catalans, Goddammit, 2005) and Fot-li més que encara som catalans (We're Still Catalans, Goddamit Even More, 2006).

Apart from his writing, Xavier Bru de Sala has played a significant role in cultural endeavours in Catalonia. From 1984 to 1987 he was literary director of the publishing house Edicions Proa and, from 1988 to 1991, he was director general of Cultural Promotion of the Generalitat (Government) of Catalonia. For some months in 2009 he was president of the first National Council of Arts and Council of Barcelona (CoNCA).

He is a member of the Associació d'Escriptors en Llengua Catalana (Association of Catalan Language Writers – AELC).