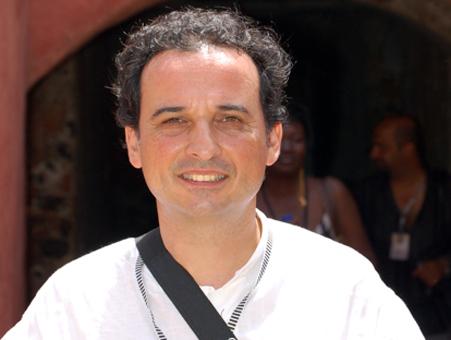 Carles Torner (Barcelona, 1963) was awarded the Amadeu Oller Prize for poetry with A la ciutat blanca (1984), and in the same year he received the Carles Riba Prize for poetry for Als límits de la sal. He continued his production with titles such as L'àngel del saqueig (1989), Viure després (1998), awarded the Catalan Critic poetry prize, and La núvia d'Europa (2008).

In 1997 he published the novel L'estrangera, inspired in The book of Ruth from the Bible. He also wrote essays and narratives, with titles such as El principi acollida (1995), where he suggests an intercultural dialog program for international organizations, Shoah, una pedagogia de la memòria (2002), about Claude Lanzmnann's movie, and L'arca de Babel (2005), a compilation of 37 letters addressed to activist women from all over the world.

Torner has been active in PEN International’s work for over twenty years; in that time he has served as a member of the board, chair of the Translation and Linguistic Rights Committee. He has also participated in several missions for imprisoned writers. He has published essays and poems about PEN’s defense of freedom of expression across the world.

Before joining PEN as Executive Director, he was director of the Literature and Humanities Department at the Ramon Llull Institute, where he was in charge of the presence of Catalan literature as guest of honour at the Frankfurt book fair and the Guadalajara International book fair. He holds a PhD from the university of Paris VIII and is a lecturer in Communication and International Relations at Blanquerna, Universitat Ramon Llull, in Barcelona.

He is a member of Associació d'Escriptors en Llengua Catalana (AELC, Association of Catalan Language Writers) and of PEN Català.


Page updated by Josep Miàs for the AELC.
Photographs from the author's personal files.