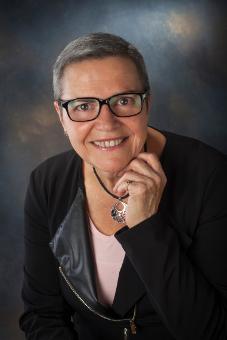 At sixty-five years old she broke into the Catalan literary scene with the publication of the novel Olor de Colònia (2009), which evokes the daily life in a Catalan textile industrial town in the 1950's. Her book immediately became an absolute success receiving praise from both readers and critiques alike. It was awarded with the prizes Qwerty Btv, Joaquim Amat-Piniella, Regió7 de Cultura, and it was a finalist of Llibreter de Narrativa Prize. The book was also adapted to a short TV serial in 2012. In 2011 she published her second novel, La casa cantonera, which tells the story of a family through the memoires of two sisters. Her third novel was published in 2016, with the title Els dies sense glòria.

She currently combines teaching creative writing at the Ateneu Terrassenc with the preparation of new dramas.

She is an honorary member of Associació d'Escriptors en Llengua Catalana.