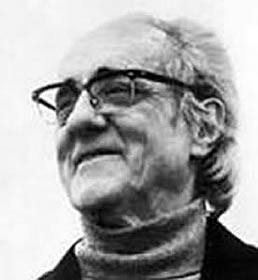 Francesc de Borja Moll (Ciutadella, 1903 – Ciutat de Mallorca, 1991) was a linguist and publisher. Early in his career he collaborated with Antoni Maria Alcover on such projects as the Diccionari Català-Valencià-Balear, that exhaustive inventory of the Catalan language. He also worked at the Editorial Alcover, which he lead after the death of its director and which was renamed Editorial Moll. The production of the dictionary occupied a good part of Borja Moll's life as a linguist, yet it nonetheless did not impede his extensive work as a conference leader, grammarian and writer.

The dictionary was finished in 1962 with the help of Manuel Sanchis Guarner and Aina Moll Marquès. Beyond this project, Borja Moll wrote memoirs, biographies and grammar books of exceptional importance to the study of the Catalan language such as l´Ortografia mallorquina (Majorcan Orthography – 1931) and Gramàtica Històrica Catalana (Catalan Historical Grammar – 1952). Not to be overlooked is the fact that his publications played a key role in the Catalan literary and cultural recovery after the Civil War. He began issuing books in Catalan as early as 1943 and these collections have had a major impact on the cultural life of the Balearic Isles.

In 1971 he was awarded the Prize of Honor of Catalan Letters. The Parliament of the Balearic Isles declared 2003 "Any Francesc de Borja Moll" in commemoration of the centenary of his birth.

He was a member of the Associació d´Escriptors en Llengua Catalana.