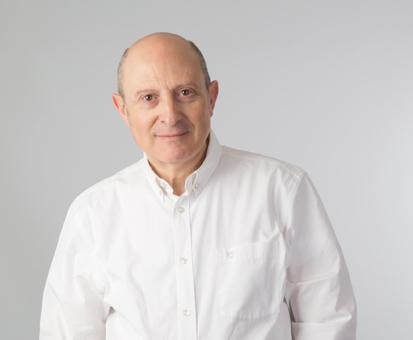 As the streets were filling up with plane tree leaves and winds and rain were forecast, I was singing opera in the delivery room of the Provincial Maternity Hospital of Barcelona, next to the Barça football field. My family, originally from La Mancha, Andalusia and Extremadura, lived in the Montcada i Reixac neighbourhood but soon moved to Santa Coloma de Gramenet, where I have lived ever since.

I went to university and studied just over four semesters of Law, and also Dramatic Art in the Barcelona Theatre Institute but I have never worked in either sphere professionally, although I was a civil servant for a time in the Department of Justice as well as belonging to several amateur theatre groups for more than twenty years.

Since 1990, I've been working as a cultural agent, and I was director of Can Sisteré Centre of Contemporary Art in Santa Coloma de Gramenet. In 1996 I founded Associació Colomenca de Literatura (Acolite – Santa Coloma Literature Association).

I have been writing non-stop since I was twelve years old. I started publishing poetry in the language spoken by my parents (Spanish) but, since 1996, I have been writing exclusively in Catalan. I have published about twenty books, mostly for children and young people, but also poetry and fiction. Notable among the works for children and young people are El secret del planeta Moix (The Secret of Planet Moix, 2000), La colla del fantasma Barruf (Barruf the Ghost's Gang, 2004), La Banda dels catòdics enfurismats (The Gang of Furious Cathodes, 2004), La vaqueta Queta (The Little Heifer Queta, 2004), El talismà de l'Ariadna (Ariadna's Talisman, 2005), La font del cedre (The Cedar Fountain, 2005), El capità Barruf i els caçafantasmes (Captain Barruf and the Ghost Hunters, 2009), Un pingüí damunt del televisor (A Penguin on the Television Set, 2010), El somriure de la Natàlia (Natàlia's Smile, 2011), El bosc dels somnis perduts (The Forest of the Lost Dreams, 2015), La Lea i el cargol (Lea and the Snail, 2016) or El sembrador d'estrelles (2017), among others. My collections of poems are titled Asuntos interiores (Inner Matters, 1995), Els dits de l'intèrpret (The Artist's Fingers, 2003), and El caminant a la deriva (The Wayfarer Adrift, 2007). In the field of fiction I have published the book Els amors furtius (Furtive Loves, 2000) and was awarded the 2012 "Recull-Joaquim Ruyra" Prize for Fiction for the book Llegir al metro (Reading in the Underground).