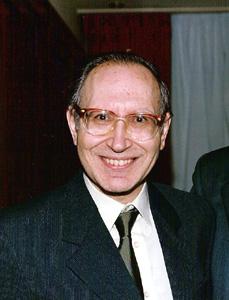 Josep Massot i Muntaner (Palma, 1941) is a teacher, essayist and director of the publishing house Publicacions de l'Abadia de Montserrat.

He studied in Barcelona and obtained a degree in Romance Philology in 1963. In his youth he was already taking an interest in historical and linguistic studies, specialising in the Middle Ages and other matters, for example the post-war period and the history of the Church. In 1972 he was ordained and entered the Monastery of Montserrat. Between 1970 and 1973 he taught at the University of Barcelona and after 1973 he became Secretary of the International Association of Catalan Language and Literature. He has promoted research projects and organised events in homage to historic authors of Catalan culture while also fostering studies in philology. He is curator of the collection l’Obra del Cançoner Popular de Catalunya (Popular Songs of Catalonia) and founder of the Catalan Society of Language and Literature.

He has published a considerable number of books, outstanding amongst which are Els creadors del Montserrat modern. Cent anys de servei a la cultura catalana (The Creators of Modern-day Montserrat. A Hundred Years of Service to Catalan Culture, 1979), Els escriptors i la Guerra Civil a les Balears (Writers and the Civil War in the Balearic Islands, 1990) and Els intel·lectuals mallorquins davant el franquisme (Mallorcan Intellectuals and their Response to the Franco Regime, 1992). He is a frequent contributor to the press and specialised journals, for example Els Marges, Serra d’Or, Lluc and Estudis Romànics.

He has received major prizes for his work, among them being the Serra d’Or Critics’ Prize, the Creu de Sant Jordi and he has received a doctorate honoris causa from the University of the Balearic Islands. He is a member of the Historical-Archaeological Section of the Institute of Catalan Studies, and an honorary member of Associació d'Escriptors en Llengua Catalana. In 2012 he was awarded the 44th Premi d'Honor de les Lletres Catalanes for his career.