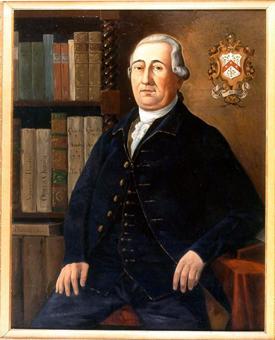 Joan Ramis i Ramis (Maó, Minorca 1746-1819), writer, historian and lawyer, is one of the principal figures of the Minorcan culture and a fundamental author for the XVIIIth century Catalan literature.

One should especially highlight his three dramas, Lucrècia o Roma libre (1769), written at age twenty-three and considered the most relevant work of Catalan literary Neoclassicism, the short drama Arminda (1771) and the tragicomedy Rosaura o el més constant amor (1783). He is also the author of numerous historical researches written in Spanish, some of great importance such as Antigüedades célticas de la Isla de Menorca (1818) and Historia civil y política de Menorca (1819), amongst many others, and several poems, in Catalan, Latin and Spanish, most of them almost unpublished.

After his death, his literary work fell into oblivion. It was only at the end of the XXth century, with the publication of several studies and critical editions of his work, when finally the importance of his contribution to Catalan literature history was recognized.