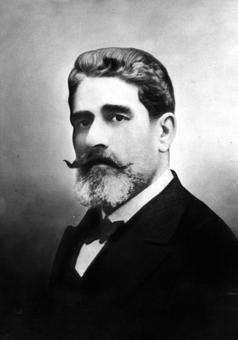 He began his career as a journalist writing for the Menorca press of the day and also for the Palma-based publication La Almudaina. In 1911 he moved to Barcelona where, for many years, he wrote as a columnist for the daily La Vanguardia. In 1919 he became President of the city's influential literary competition, the "Jocs Florals". His first writings were in Spanish and included such titles as Tipos y costumbres de mi tierra (Types and Customs of My Land, 1888) and Oro y escorias (Gold and Scum, 1899). His first literary work in Catalan was Per fer gana. Caldereta d'articles menorquins amb molt poch such y una mica de pebre cohent (Bring on the Hunger: Pot of Menorca Articles with Very Little Sauce and a Little Hot Pepper, 1895). In 1911 he published the collection Poesies (Poems) in which the influence of Verdaguer, Joan Alcover, Miquel Costa i Llobera and Àngel Guimerà is visible.

He also wrote novels and (costumbrist) articles about everyday life and the manners and mores of the day. The prose works of Àngel Ruiz i Pablo are particularly relevant in his literary production since he was one of the best costumbrist writers of the Balearic Islands and the most representative Menorcan writer of his times. He published the articles of Per fer gana (1895), the novellas Del cor de la terra (From the Heart of the Earth) and Classes passives (Passive Classes, 1910), as well as Viatge tràgic de l'amo en Xesc de S'Uastrà (The Tragic Journey of Tenant Farmer Xesc de S'Uastrà), which is included in Del cor de la terra. Proses menorquines (From the Heart of the Earth: Prose Pieces from Menorca, 1928).