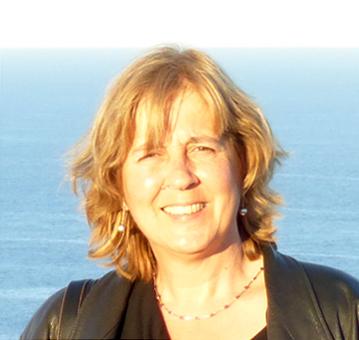 Dolors Udina (Barcelona, 1953) is a translator.

In 1976 she graduated in Modern and Contemporary History from the University of Barcelona. She studied English at ESADE Business School and, in 1987, the publisher Columna asked her to translate Jean Rhys' Wide Sargasso Sea (L'ampla mar dels Sargassos), after which she translated Fred Uhlman's Reunion (L'amic retrobat). This was followed by her translations of more than two hundred titles, mostly from English to Catalan, thereby introducing, among many others, authors like Jane Austen, Virginia Woolf, J. R. R. Tolkien, Ralph Ellison, Toni Morrison, Raymond Carver, Isaiah Berlin, Nadine Gordimer, J. M. Coetzee, Cynthia Ozick and Alice Munro. In 2008, she was awarded the Third Esther Benítez Prize for her translation into Catalan of J. M. Coetzee's Diary of a Bad Year (Diari d'un mal any, 2007) while, in 2014, she received the Serra d'Or Critics' Prize for Translation for her Catalan version of Virginia Woolf's Mrs Dalloway (La senyora Dalloway, 2013).

Dolors Udina combines her important work as a literary translator with teaching in the Faculty of Translation and Interpretation at the Autonomous University of Barcelona (UAB). From 2000 to 2005 she was editor of the Catalan version of the digital publication The Barcelona Review. She is a member of the Contemporary Catalan Translation Study Group at the UAB, of the Jordi Arbonès Chair of Translation, and also a jury member for the Jordi Domènech Poetry Translation Prize.

She is a member of Associació d'Escriptors en Llengua Catalana (AELC, Association of Catalan Language Writer).