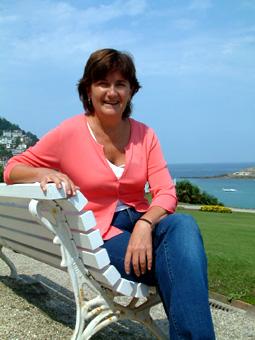 Gemma Lluch i Crespo (Valencia, 1958) is a teacher, essayist and narrative writer. She studied Hispanic Philology in Valencia and received the Extraordinary Award for her doctoral thesis La literatura infantil i juvenil en català. El lector model en la narrativa (Children's and Young People’s Literature in Catalan. The Model Reader in Narrative). As part of her teaching activities, she has given numerous courses and seminars.

Her essays are concerned with the world of children's and young people's literature and especially with the stories and the person of Enric Valor, for example with the book De princeses i herois. La rondallística meravellosa d'Enric Valor (On Princesses and Heroes. The Wonderful Fairystory World of Enric Valor – 1988), which Valor himself described as a "complete and scientifically rigorous work". She has also published Noves lectures de les rondalles d'Enric Valor (New Readings of Enric Valor's Fairytales, 1993).

She has also written significant studies on didactics and the oral aspects of children's and young people's literature. El lector model en la literatura per a joves (The Model Reader in Literature for Young People – 1998), which was awarded the Valencia Writers' and Critics' Prize, has brought her recognition in both academic and literary circles. She has also published books on language, for example Morfologia (Morphology, 1997) and Els pronoms febles (The Weak Pronouns, 2004).

In her narrative work, her book for young people, El-joc.com (The-game.com – Editorial Bromera, 1997) was a finalist for the Bancaixa Prize. This book was translated into Euskera (Basque) under the title Jokoa.com.

She also works with a number of different publications and is a member of the executive committee of the Consell Català del Llibre per a Infants i Joves (Catalan Council for Children’s and Young People's Books).