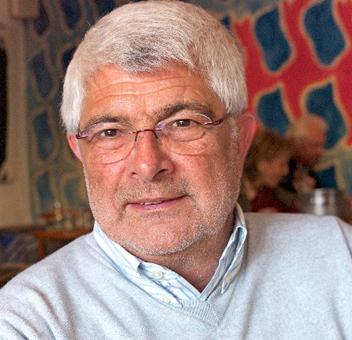 Xavier Febrés (Barcelona, 1949) is a journalist and writer. He has always combined journalism with literature and has published numerous biographies, reports, diaries and travel books, writings that might be situated somewhere between literary journalism and introspective literature.

While he was living and working in Brussels as a press correspondent he wrote his first book, a biography of the exiled republican soldier, Frederic Escofet.

On his return to Catalonia he published the book of interviews on cultural affairs L'art de mirar-se el melic a Catalunya (The Art of Navel-Gazing in Catalonia).

His new job as the Barcelona correspondent for the Perpignan-based newspaper L'Indépendant was to become the basis of a book on the two sides of the border with France titled El Pirineu, frontera i porta de Catalunya (The Pyrenees, Border and Gateway of Catalonia), as well as for his participation in two further books on the history of the Republican exodus of 1939: Vous avez la mémoire courte (How Short Your Memories) and Les camps du mépris (The Camps of Contempt). His years of residence in the Empordà region have led to his becoming a specialist on Josep Pla and other themes related with this part of Catalonia.

His love for Italy is expressed in books like Roma, passejar i civilitzar-se (Rome: Walk around and Become Civilised) and Ofici d'amant a Florència (The Profession of Lover of Florence), both of which have been reissued. His travel literature includes the titles El Mediterrani ciutat (Mediterranean City), Metros i metròpolis (Metros and Metropolis), Retrat de França amb francesos (Portrait of France with French People) and Indagación de Buenos Aires (Buenos Aires Inquiry).

His curiosity has led him to publish on a diverse range of themes, for example the history of the havanera (nostalgic Cuban dance music, imported into Catalonia by travellers and sung with lyrics), the tango, cigars and the cooking of offal. He launched his facet as a diary writer with Alguns rastres marcats a la neu (Some Notable Features of Snow).

He has worked, and continues to work with different branches of the mass media, is director of the collection of books of conversations "Diàlegs a Barcelona" (Barcelona Dialogues), has been director of the Press Office at the University of Barcelona and he also worked at the Auditorium.