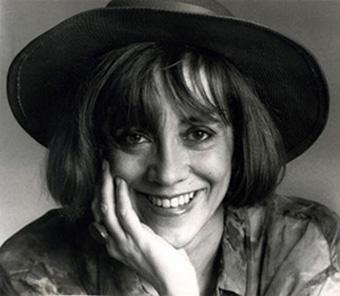 When a student fainted nearby, Natàlia tried to go to her but was once again submerged in the waves, in the swell, as if she were a sinking ship and the others animals chained to a waterwheel. The blows continued to rain. A few people managed to get to the side door that led into the Arts Faculty courtyard, but they were blocked and unable to get out. They formed a thick cluster, struggling to find a way through but a row of cops had already formed on the other side and made them whirl back as if they were an enormous human spinning top. The police kept furiously battering away, one blow after another, always on the same spot, just ahead of them. Their eyes were bulging out of their heads, their faces ash-grey, perhaps reflecting the colour of their uniforms, pupils red, teeth serrated, gazes lost in some distance, and they were hitting out right, left and centre like enraged animals or dogs that had just been let loose after a long captivity. The mass of people spun round and round with the single aim of not being in the front line and within striking distance of the police batons. Those who were delivering the blows didn't know what they were hitting. It was as if they were hammering into immaterial beings they had been ordered to destroy, to reduce to nothing. Students lay on the ground and the batons went on thrashing the inert mounds. Smashing glass was heard. A boy with a bleeding hand had managed to break through a door and a group of students were trying to squeeze through. Another student was staggering around, his face covered in blood … Finally, Emilio managed to grab hold of Natàlia and, with Joan and another girl, they disappeared through the glass door. They floundered their way to the garden that separated the courtyards of the faculties. Joan shouted, "This way!" and they rushed into the shadowy church. A few nuns at prayer looked at them in surprise. The four of them sat in the front row and they waited there a long time. When it seemed that the battle had moved from the Arts courtyard, they came out.

They might have spent as much as an hour inside the church. Outside, night had fallen. In the university there was silence, a silence that was all eyes and Natàlia had the feeling she had come through a war. Bellowing could be heard in the distance. When they came out through the Arts Faculty door, the police were still detaining students but took no notice of them. The vans were full of people they had picked up, staring out from the darkness inside. They walked down to Canaletes. "They had water cannons and horses, the bastards", Joan said. "There'll be a general strike tomorrow", Emilio responded through clenched teeth. "There won't be a general strike tomorrow, you'll see", replied Joan. Things were calm around Canaletes but it seemed as if there were thousands of hidden watchers. About twenty students had gathered around the fountain, "Heaps of people have been arrested, a cross-eyed boy came over to us, it was all horrible", the girl who had come with them said softly. Natàlia looked at her for the first time. She hadn't said a word until now.