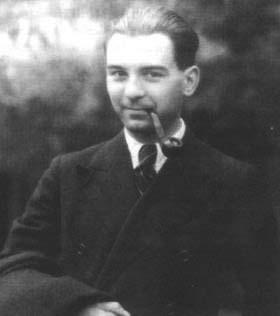 Martí de Riquer i Morera (Barcelona, 1914 - 2013), is a scholar and expert on the Romance languages, specialising in medieval Catalan literature, the world of the troubadours and the Spanish Golden Age.

He has always been a dynamic influence in the field of medieval literature and has published more than three hundred titles. He began his research in the field of humanism and courtly poetry, after which he started to study troubadour poetry, the literature of the Spanish Golden Age, the chivalresque novel and Romance and Arthurian literature. Part of his work consists of monographic studies on, and numerous editions of La Chanson de Roland (The Song of Roland), the Cantar de Mío Cid (The Song of the Cid), Tirant lo Blanc and Don Quixote. Also outstanding are his translations and editions of classical Catalan writers such as Cerverí de Girona, Bernat Metge, Antoni Canals, Jordi de Sant Jordi and Andreu Febrer. He has also published several anthologies of Catalan, Spanish and universal literature.

Martí de Riquer is a member of many cultural and scientific entities such as the Royal Spanish Academy and the Royal Academy of Letters of Barcelona and he has received many prestigious awards for his writings and his professional work. Notable among these are the 1970 Ramon Llull Prize), the 1983 Gold Medal of the City Council of Barcelona, the 1990 Menéndez y Pelayo Prize, the 1997 Prince of Asturias Prize for Social Sciences, the 1999 Lletra d'Or Prize, the 2000 National Prize for Letters, and the 1992 Creu de Sant Jordi (Saint George Cross).