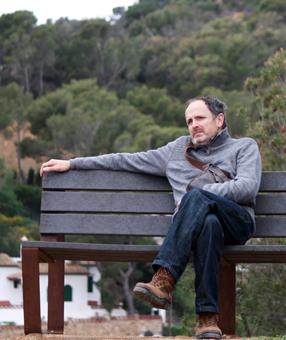 His first poems date back to his childhood. He started publishing in the local weekly newspaper El Montbui when he was thirteen, while a strong passion for reading led him to arbitrarily read a large number of classics such as Goethe, Víctor Hugo, Balzac, Dante, Tolstoi, Shakespeare, Dickens, from collections that his maternal grandfather purchased, as well as other poets that were accessible in libraries and bookshops.

He won his first prize in his hometown, being still a teenager. The following one appeared later, once he was living in Osona, along with the publication of his poetry collection El temps i les paraules (2003). Prizes and books have followed since then, such as the prize Penya Joan Santamaria for the collection Pont ( 2007), the prize Jacint Verdaguer of Calldetenes for the poetry collection 30 Orquídies (2008), the Vila de Martorell prize for L'enteniment de les bèsties and the Senyoriu d'Ausiàs March prize for Pell d'ànima (2018). This last title has also been published in a bilingual edition (Piel de alma, 2021), with a translation by the poet Concha García.

Documentation and texts by Josep Checa.
Photographs from the author's personal archive.
Page by Josep Miàs for AELC.