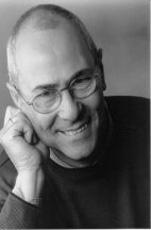 Xavier Hernàndez Ventosa (Vilafranca del Penedès, Alt Penedès, 2 November 1945). In June 1977 I obtained a degree in Romance Philology – Hispanic Section – from the Universitat de Barcelona, after which I have been working as a teacher of Literature and Spanish Language. Until 2006 I worked as a secondary teacher in the "Eugeni d’Ors" school in Vilafranca.

In the 1970's I wrote as a critic in film, theatre and literature for the (now no longer existing) weekly TOTHOM, which was published in Vilafranca.

In 1979 I obtained a Catalan Teacher's degree at the University of Barcelona and since 1989 I have been writing children’s and young people’s literature. I am also co-author of the Diccionari Escolar (School Dictionary) that was published by the Grup Promotor Santillana in 1994.