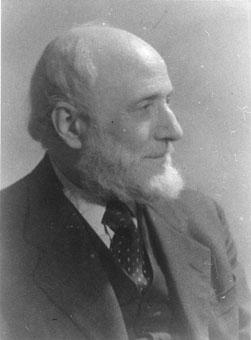 Joan Puig i Ferreter (La Selva del Camp, Baix Camp 1882 - Paris 1956) first became known in 1904 as a playwright. A renovator and an innovative writer with works like Aigües encantades (Enchanted Waters) and La dama enamorada (The Lady in Love), both of which date from 1908, he broke with the Renaissance tradition. He was director of the Biblioteca A tot vent (Full Speed Ahead Library) collection, where he published the novel El cercle màgic (The Magic Circle) in 1929, for which he was awarded the Crexells Prize. His work as a politician in the political party Esquerra Republicana de Catalunya for which he was a member in both Spanish and Catalan parliaments, removed him for a time from the world of letters, though in 1934 he published Els camins de França (Routes of France), which is regarded as his masterpiece. After 1938, and until his death, he wrote the twelve-volume novel cycle El pelegrí apassionat (The Passionate Pilgrim), published between 1952 and 1977, where he poured out his personal experiences in an unprecedented attempt at synthesis, justification and liberation.